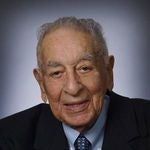 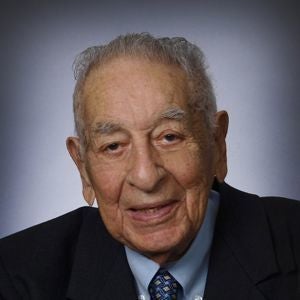 Albert Kassabian (1922-2019) not only started the Kassabian family owned firm, he brought decades of knowledge and experience to Kassabian & Kassabian, P.L.C., and helped countless people through his active practice of law for a span of almost 70 years. He served as a lieutenant in the US Army during WWII, seeing combat action in Okinawa and subsequently serving in occupied Japan as a courier for General MacArthur. Upon his honorable discharge from the Army, he graduated from the College of the City of New York and earned his law degree from the University of Virginia School of Law. While a student at the University of Virginia School of Law, he was selected to serve on the editorial board of the law school's prestigious Law Review. In that capacity, Albert was awarded first prize for his 1949 Law Review publication relating to premature termination of spendthrift trust under Virginia law.

During his extensive legal practice during a period when Northern Virginia was far different then what it is now, Albert Kassabian was known for his wide ranging legal experience in a variety of practice areas and his tireless commitment during the civil rights movement by taking on unpopular racial discrimination cases and actively confronting Virginia's massive resistance laws to school desegregation.

Albert received Bar Admissions in Virginia, Maryland, New York, and the U.S. Supreme Court, making him a highly qualified and experienced attorney. Albert also specialized in drafting wills, trusts, durable powers of attorney, advanced medical directives and business law under Virginia and Maryland law. Albert brought an unbelievable wealth of experience and discerning skill to every client he represented over his many years of service and secured Kassabian & Kassabian, P.L.C. as one of Northern Virginia's highly respected law firms.