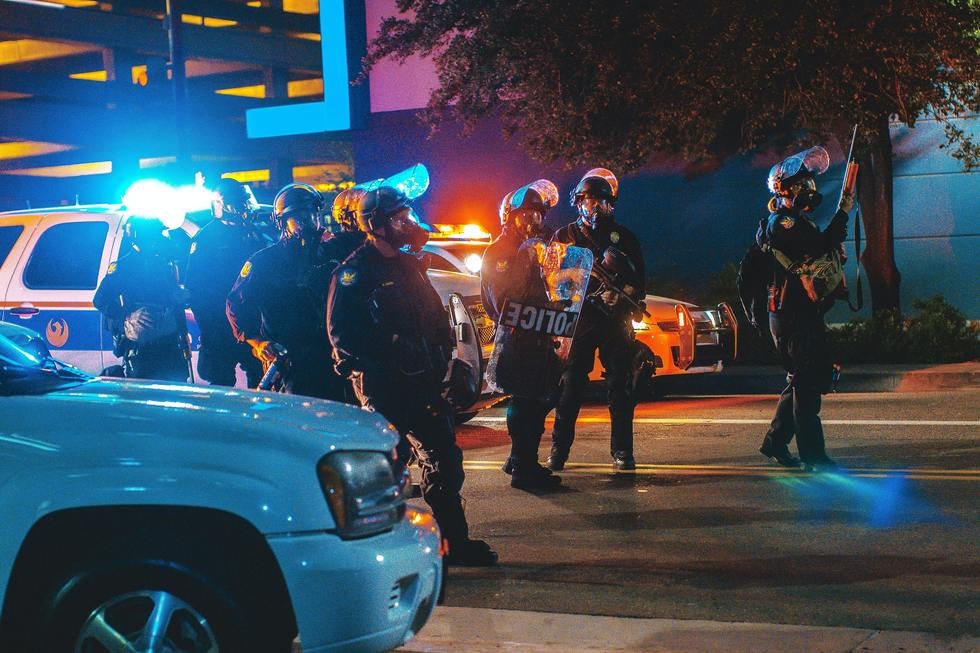 Photo by AJ Colores on Unsplash

As conversations around police brutality continue to circulate across the country, the police have been at the center recent news, and Virginia is no exception. In the last few months, some proposed changes to laws around police assault have been hotly debated. Senate Bill 5032, which called for reducing the assault on a police officer sentence, passed the Senate in August, but was promptly rejected in a special House session in September. This likely isn't the last we'll see of this bill, as proponents are planning to reintroduce in the next legislative session after it has been further studied.

In the meantime, if you are facing charges for the serious crime of assaulting a police officer, it may be a good idea to work with a Fairfax assault lawyer. Kassabian & Kassabian, P.L.C. believes that everyone deserves qualified legal representation regardless of the crime they have committed, so don't hesitate to contact John Kassabian for a free consultation on your case.

Senate Bill 5032 was originally proposed by Democratic Senator Scott Surovell, and called for eliminating the mandatory minimum 6-month jail sentence for anyone convicted of assaulting a police officer. Under the bill, the charge would still remain a felony, but at the judge or jury's discretion could be reduced to a misdemeanor. The reduced charge would only apply if the police officer did not suffer bodily injury or the assailant had physical or mental deficits or a developmental disorder. In addition to the reduced sentence, the bill required a different police officer to investigate the case.

Additionally, there were concerns mentally or physically challenged person, or those experiencing a mental health crisis could be unfairly punished under the existing law. Those in favor of the bill also noted that because more serious charges, such as malicious wounding and attempted murder exist for severe crimes, the bill would in no way let serious criminals off the hook.

Opponents of the bill, on the other hand, were concerned that in light of recent racial injustice and police brutality protests, removing the strict jail time penalty would leave police officers more vulnerable to assault. They also thought that since morale among police officers is low in the current political climate, the bill was problematic.

The rejection in the House was ultimately due to concerns about how juveniles would be treated under a new law. Since the bill had no provisions excluding juveniles, some were worried that they could be mistreated.

Assault on a Police Officer Sentence

A conviction for assaulting a police officer is a Class 6 felony, carrying a mandatory minimum jail sentence of six months with the potential of up to 5 years in prison. In addition, the convicted person will face up to a $2500 fine. A felony offense also goes on your permanent criminal record, which can cause serious problems with finding employment and housing.

If you are facing an assault misdemeanor or felony in Virginia, it is often a good idea to work with a Fairfax assault attorney. Kassabian & Kassabian, P.L.C. has been serving Northern Virginia for over 25 years, and has a long history of successfully defending local citizens, often helping them receive reduced sentences or punishments.

To learn more about your rights, get in touch with John Kassabian for a free consultation at 703-750-3622.

Comments have been disabled.