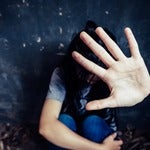 HOW PROTECTIVE ORDERS WORK FOR DOMESTIC ASSAULT AND BATTERY IN VIRGINIA

Domestic assault and battery charges make an abrupt change in the lives of whoever was involved in the incident. Protective orders play a large role in these changes. If granted, a protective order not only prohibits contact between parties involved in the domestic assault and battery case, but also can result in the petitioner (victim) being granted sole access to a formerly shared residence or vehicle and sole custody of children and pets. 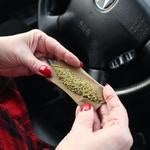 DRIVING WHILE HIGH ON MARIJUANA IS ILLEGAL IN VIRGINIA 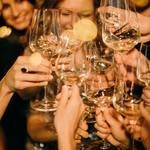 When someone is convicted of drunk driving, the amount of alcohol present in their bloodstream can affect the severity of the punishment in Virginia. Someone with a very high Blood Alcohol Concentration (BAC) will receive a harsher penalty than someone with a lesser BAC. 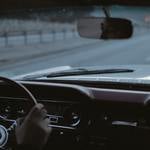 WHAT HAPPENS WITH A SECOND OR THIRD DUI OFFENSE IN VIRGINIA?

The punishment for subsequent DUI offenses becomes more severe as the number of offenses increases in Virginia. It becomes progressively difficult to convince the court that the offender made a simple mistake because it begins to be seen as a pattern of behavior. 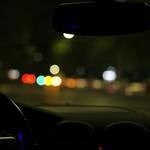 Driving under the influence (DUI) is treated very seriously in Virginia. Even a first offense results in the suspension of the driver’s license, and your arrest for DUI is reported to the Criminal Records Exchange—which means that you may wind up with a criminal record. 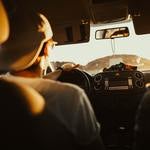 RECKLESS DRIVING IN VIRGINIA: NOT A MOVING VIOLATION BUT A CRIME

In Virginia, a charge of reckless driving isn’t just about paying a fine and moving on with your life. It’s a charge that has significant criminal teeth.  Many people underestimate the seriousness of a reckless driving charge and find themselves surprised by the consequences when they appear in court. Don't let that happen to you. 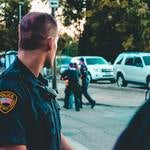 What if confusion at the scene led the police officer to reach the wrong conclusion, arresting someone as an aggressor when really, they had been trying to stop the violence? Police officers use information they gather at the scene—including severity of injuries, environmental factors, and more—to make their determinations, and it is possible that they can make errors. 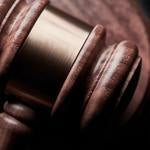 The penalties for domestic assault in Virginia are serious and numerous. However, if you have been charged with domestic assault and you meet certain conditions, you may be eligible to participate in the deferred disposition program. 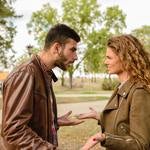 CONSEQUENCES FOR DOMESTIC ASSAULT AND BATTERY IN VIRGINIA

When police are called to a residence where a domestic disagreement is under way, there’s often a lot of confusion and tensions are high. And, because special circumstances surround the way that charges are pressed for Domestic Assault and Battery in Virginia, those charged would benefit from the services of a criminal defense attorney—and victims are also encouraged to hire lawyers. 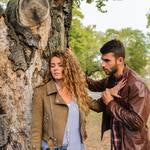 Being charged with domestic assault and battery in Virginia can upset your life even if it’s your first offense—but your second or third offense could lead to stiffer penalties.

THE DIFFERENCE BETWEEN THE JUVENILE AND ADULT JUSTICE SYSTEM IN VIRGINIA

While it is important for juveniles to be educated and held accountable for their actions if they break the law, Virginia’s juvenile justice system treats offenders differently than it does adults. In many cases, being held accountable means going through rehabilitation or education programs that steer offenders to make different choices as they go forward in life. 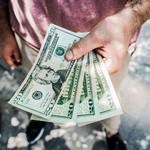 If you've been charged with credit card fraud in Prince William or Fairfax County in Virginia, you may be charged with a misdemeanor or felony, depending on the value of items (or services) fraudulently obtained (or withheld). A criminal defense attorney can help.

As you may well be aware, Virginia Governor Ralph Northam recently signed House Bill 2038, with the goal of decreasing the number of incarcerations in the Commonwealth for probation violations. I'll explain the history of this controversial bill and how it came to be in more detail below. As al...

Larceny laws in Virginia have relaxed significantly in recent years, and with the new passage of House Bill 2290, the trend is continuing. Since 2018, the Virginia grand larceny threshold (minimum theft amount that can result in the charge) has been on the rise, jumping from $200 to $500 in 201...

Gun control laws were a hot topic during Virginia legislative sessions in 2020 and 2021, and Virginia's House passed several new laws that went into effect July 1. One law in particular that is worth knowing about seriously impacts the gun rights of those who have been convicted of assault and ...

Learn about new penalties for robbery in 2021.

Marijuana Legal in Virginia as of July 1

Learn the important details and caveats of new Virginia marijuana laws for 2021.

As of July 1, 2021, a lot has changed with criminal laws in Virginia. Marijuana legalization obviously comes to mind, but there have also been important changes in regard to robbery, DUIs, firearms, sentencing, and more. Below, I'll highlight the big legislative changes you should know about—ju...

A domestic violence charge is one of the most difficult challenges someone can face—it can have a life-altering impact on your family, your relationships, and even your ability to find work or housing in the future. But just because this is a challenging accusation to overcome doesn't mean that t...

What is Considered Grand Larceny in Virginia?

If you've been charged with larceny, otherwise known as theft, you are likely wondering how serious the crime is and how severe a punishment you will face. Virginia law has changed significantly in the past several years, with the monetary value of grand vs petty larceny shifting significantly....

Understanding Classes of Felonies in Virginia

When many people hear the word “felony,” they think of long jail sentences, unaffordable fines, and a permanent criminal record that will make life difficult if not impossible. While it's true that a felony conviction is never something you want on your record, in reality there are many classes...

As a Virginia driver, you're certainly aware of the fact that far too many people drive while using their phones. It's an easy habit to get into, especially when there have been few repercussions for those who use their phones while operating a vehicle. As a result of Virginia House Bill 874, a...

What Happens When Your Spouse Calls the Police for a Domestic Dispute?

Anyone who has been in a long-term relationship knows that disagreements happen. Sometimes they settle on their own, but other times they escalate to the point where one partner calls the police to mediate the dispute, but this can result in serious repercussions for the accused party that cann...