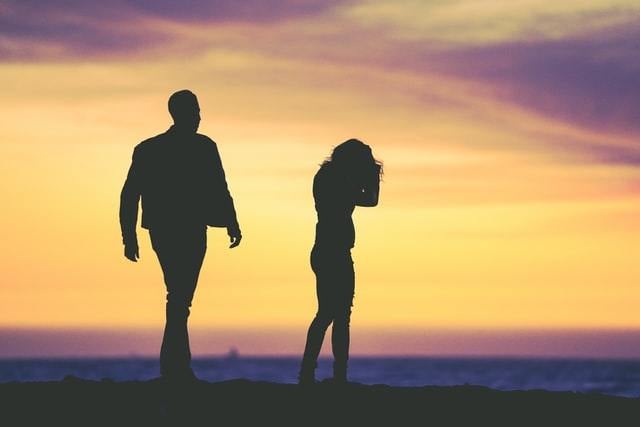 Photo by Eric Ward on Unsplash

Facing domestic abuse charges in the Commonwealth of Virginia is a frightening experience, but having a clear understanding of Virginia domestic violence laws can sometimes help you improve your situation. Needless to say, domestic violence is taken very seriously under Virginia law, and can carry significant jail time, expensive fines, and protective orders that keep you from seeing your family or even prohibit you from going to your home. During COVID-19, domestic battery charges and spousal abuse charges have become more common as people spend more time together at home. And unfortunately, it is not uncommon for someone who is innocent of domestic violence to be charged with the crime.

When facing domestic battery charges, it is essential that you understand Virginia laws and follow them to a “t.” If you are unsure what a law or restriction requires of you, take the initiative to talk with a lawyer. Kassabian & Kassabian, P.L.C. has helped many Northern Virginia residents understand domestic violence charges and improve the outcomes in court. Don't hesitate to call John Kassabian if you are facing domestic abuse charges and need help from a Fairfax domestic violence attorney.

What is a Domestic Violence Charge?

While commonly referred to as a domestic violence charge, the technical name of the charge under Virginia Code 18.2-57.2 is Assault and Battery Against a Family or Household Member. Any time someone commits assault and battery against someone considered a family or household member under Virginia domestic violence laws, they will be face punishment for a Class 1 misdemeanor, up to 12 months in jail and or a fine of up to $2,500.00.

What is the Difference Between Assault and Battery?

Something that confuses people about Virginia laws when it comes to domestic assault is that it can be difficult to understand the difference between assault and battery. In everyday speech, the terms are even used incorrectly or interchangeably, when they are distinctly different terms.

An assault is any action that someone overtly undertakes with the intent to inflict bodily harm on the victim IF the action actually has the potential to actually inflict this harm. Assault also includes any overt action intended to cause fear of bodily harm in the victim, and that creates a reasonable apprehension of fear of such harm in them. To qualify as assault, it is not necessary that physical contact is made.

Who Qualifies as a Household or Family Member?

A household or family member could include a spouse, former spouse, other relatives (such as parents, grandparents, children, or grandchildren, etc.), a mother- or father-in-law (as well as or other in-laws), anyone who has a child with the person being accused, or anyone who currently cohabits or has cohabited with the accused in the last year as well as children of either party.

What if You Are Falsely Accused of Domestic Assault?

Fights among family or household members are, as anyone with a family knows, incredibly common. It is also easy for them to get out of control. This is why innocent people are sometimes arrested for domestic violence. If they hurt the accuser by accident, if they were defending themselves from a situation instigated by the accuser, or if the accuser made up the story altogether, an unfair arrest can happen.

Unfortunately, without a good understanding of the law, people facing a domestic abuse charge may make a mistake and plead guilty to a crime they did not actually commit, to a crime that can't be proved or to one where there are justifiable defenses.  Again, this is why it's a good idea to work with a lawyer.

If you have been charged with a domestic abuse offense, a Fairfax domestic violence attorney can help give you gain a clear understanding of the laws as well as your rights. Kassabian & Kassabian, P.L.C. offers free case consultations, so please don't hesitate to get in touch.

What are the Legal Penalties for Domestic Violence?

If the individual gets a second offense within 20 years, they face a Class 6 felony, which carries 1-5 years of imprisonment OR (at the court's discretion) jail time for up to 12 months and or a  $2500 fine. The level of penalty you will face will depend on your criminal history, the nature of the abuse and the extent of injury.

What Happens After I Am Charged?

If your spouse or someone else in your household reports a domestic abuse, the police will come to your home, make an arrest on the primary aggressor, and immediately issue an emergency protective order against you

In the case of domestic violence, the police can arrest without a warrant. Even if the other person started the altercation, the police will arrest whomever they reasonably believe to be the primary physical aggressor.

At this point, a protective order will be issued to prohibit contact between the two parties, including telephone or electronic contact by computer or text message. There are different kinds of protective orders, but all are designed to protect the victim by setting certain conditions on the accused abuser.

For example, a protective order could prohibit any or all of the following:

In addition, it could grant that your family or household member be allowed to possess your home and prevent the accused from occupying the home. New protective order laws in Virginia also require you to relinquish your firearm. You can learn more about this here.

If you violate any part of your protective order in Virginia, under Virginia Code 18.2-60.4, you will be guilty of a Class 1 misdemeanor, which carries the penalties described above. In the case that you have violated a protective order for the second time within 5 years for a violent act or violent threat, you will face a mandatory minimum sentence of 60 days in jail.

If it is your third protective order violation within 20 years, you will face a Class 6 felony and the punishment shall include a mandatory minimum term of confinement of 6 months in jail, which shall be served consecutively with any other sentence.  Needless to say, it is essential to abide by the requirements within your protective order. If you are facing a violation, it is in your best interest to get in touch with a Fairfax domestic assault lawyer.

How to Drop Assault and Battery Charges in Virginia

One final aspect of the law to keep in mind is that within criminal domestic violence cases, it is not possible for the accuser to have the charge against the accused dropped: only a judge or a prosecutor can do so. This part of the law is in place to protect victims, and is difficult to get around. However, this does not necessarily mean you will be found guilty. Because domestic violence cases are taken seriously in Virginia, it is in your best interest to work with an attorney who can help defend you.

Kassabian & Kassabian, P.L.C. has been successfully helping Virginians accused of domestic violence for over 25 years. Regardless of what you have been charged with or the circumstances of your case, you deserve a fair trial and legal representation. To find out more about how John Kassabian can help, get in touch at 703-750-3622.